"Fly a kite"
I was brought up in the small kampong. I always squatting aside to see my cousins and friends tied up some thin bamboo twigs with some strings to make the frame of the kite. This is where I started making my own kite but under my dad supervision at first. I once cut my finger while trimming the bamboo twigs. There are bamboos twigs as a spine and a spar are tied on crossways on the spine. Then a piece of thin paper sheet is pasted to the frame. There was a string bridle tie...d to the spine and spar that help to control the kite in the sky. Another flying line was attached to the bridle string for holding the kites from the ground. And the flying line was winded in a reel to keep the kites from getting tangled. The kite was designed with a beautiful tail and it looks marvellous in the air.

I used to make simple diamond shape of kites. But the designs of the kites could be varies following the images of flying birds and some other object. Bright and windy day is the best time to fly kite and you would all jump with glee. For some kids, it was not only the trill of flying it, it was more of a competition, a challenge to fly their own kite in the sky. The string of the fighter kites is coated with powdered glass and rice glue for the purpose to snag each other kite in the sky. Kids would shout and chase to the direction of the loose kites which flown down from the sky after cutting down by others. In my case I was a kite flyer but not a fighter.
This evening, when I arrived home I was surprised to see the loose kite at the front gate of my house. I managed to fly the kite again after more than 30 years. It makes me feel like a kid again!! 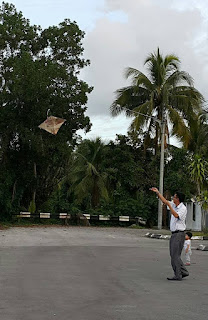 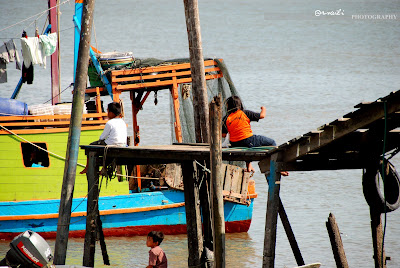 It was more than 10 years since the last time I was here. The village, is beautiful, charming and still maintain the old charm of the fisherman's village should be, at least my personal opinion. You can still smell the salt in the air, the tint of fishy smell mix with the sea breeze….

After spending more than half day in Kyoto, we went to Nara by train which took about 45 minutes. We almost cancel our trip to Nara because running out of time. We just cut it short and we were so lucky there was a free shuttle at the Nara Station to go to the old site of Heijo-kyo Palace. What a lucky day, the free shuttle was due to the main events for the 1300th Anniversary Celebration of the capital city. The Heijo-kyo or the Heijo Capital was Japan’s first international capital founded in 710. Therefore this year, 2010, is an incredibly special year for Nara and also for the Japanese nation as it marks the 1,300th anniversary since the capital’s foundation. 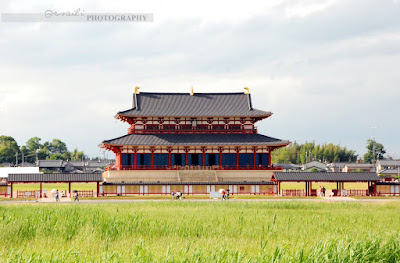 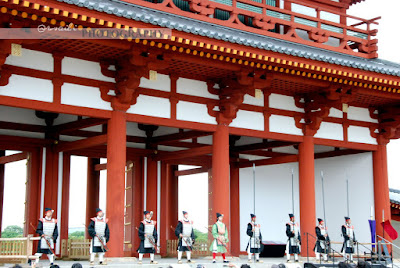 Suzaku-mon Gate
(This gate served as the official gate for the Heijo-kyo Capital and foreign deputies always entered through its portals.) 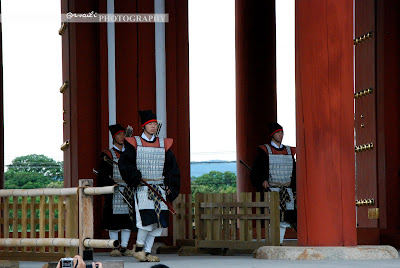 Guards dressed in classic costume on duty in front of the gate. 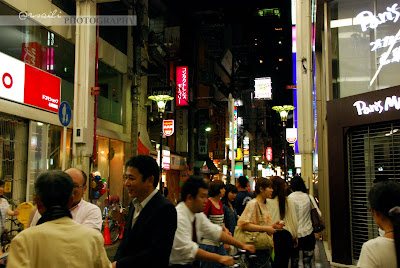 
(We reached Osaka at night and we went to find the halal restaurant. There is a Turkish restaurant in the city centre.)

Japan Trip 2: Kyoto
Kyoto was Japan's capital and the emperor's residence from 794 until 1868. It is now the country's seventh largest city with a population of 1.4 million people. Osaka to Kyoto is not that far actually. It is about 30 minutes by train. We took Hikari from Shin-Osaka Station to Kyoto Station by JR Tokaido line. 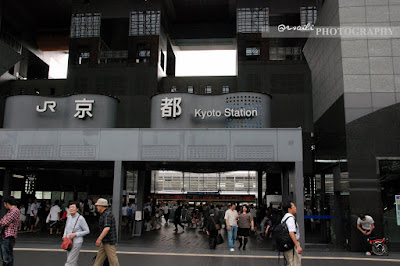 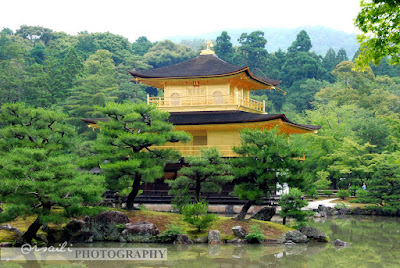 (Zen temple in northern Kyoto whose top two floors are completely covered in gold leaf. Formally known as Rokuonji, the temple was the retirement villa of the shogun Ashikaga Yoshimitsu, and according to his will it became a Zen temple of the Rinzai sect after his death in 1408.) 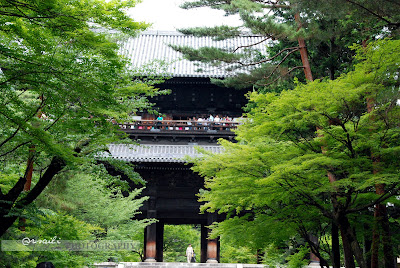 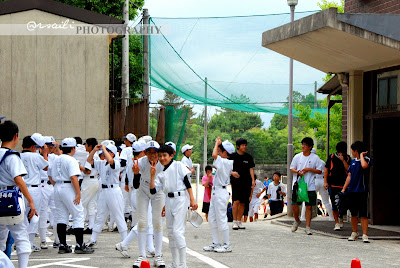 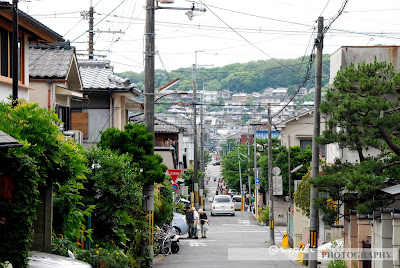 The view part of Kyoto Perfecture

Assalamualikum. Last June, I had the opportunity to go to Japan. I took flight from Australia to Kuala Lumpur then connecting to Osaka. Any and every city in Japan is considered expensive to visit. Transportation cost isn't that bad due to good public transportation but taxi can cost an arm and a leg. The food and accomodation also expensive here. Osaka itself doesnt have the cultural attractions but it is good for first timer. You will see different environment and what can I say, Japanese people are very helpful. I had been travel to a few countries but Japan is considered the best in term of their helpfullness (except big city like Tokyo). Eventhough they dont speak English, but whenever you ask for help, they will try their best using body gesture or even the sign language uhuhu. 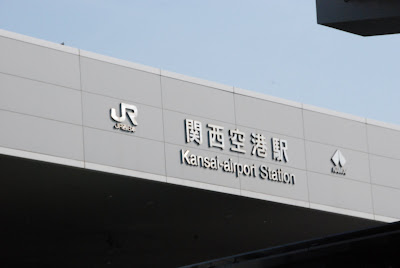 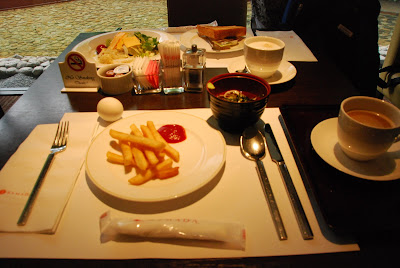 Breakfast in the Osaka Ramada Hotel (need to be selective to ensure halal) : Udon, fish and chip, sticky rice with egg 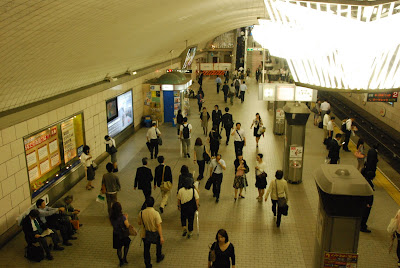 Underground: Raining in Osaka - Male and female all bring the umbrella 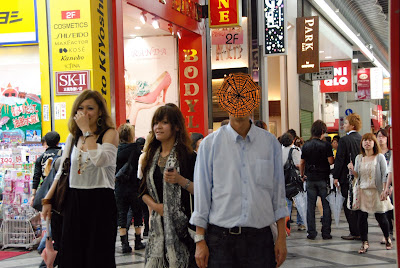 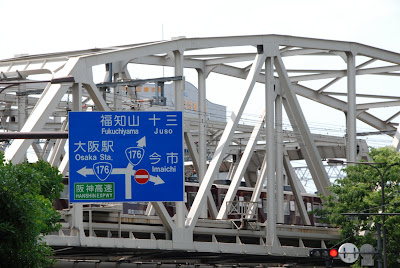 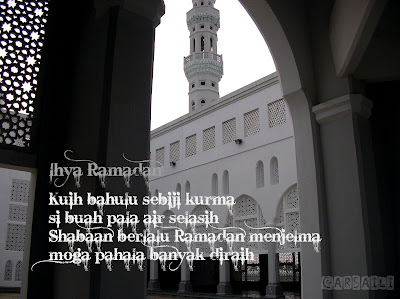 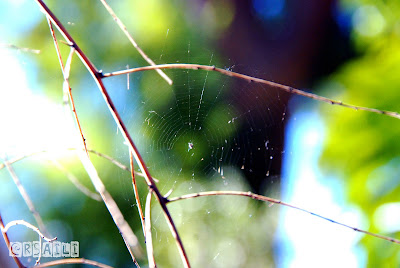 The belief of considering other things as one's guardians besides God is as feeble as a spider's web. The spider's web is the frailest of all dwellings, if only they knew it (29:41).
Salam to all my friends, may all of us in the best state of Iman. Just sharing the ayah from surah Al-Ankabut (The Spider). Im busy with my trip to Japan soon, I will share some photos InsyaAllah. A part of that I still have tons of work to do, please make du'a for me and all of us. And dont forget to make du'a for Malaysian which involved in Israel's interception of an aid flotilla.
Posted by arsaili at 6/01/2010 01:57:00 PM 17 comments: